The underground river of les Coves de Sant Josep, located at the so-called Sant Josep natural spot, is a natural cave in la Vall d’Uixó, in the province of Castellón (Spain).

The cavity represents an active emergence which was created in limestone in the Middle Triassic. However, although speleologists have explored it many times, the source of the river and the end of the cave are still unknown. The temperature of the Cave remains constant at 20ºC throughout the year and the cave, which is 2.750 metres long, represents the longest accessible cavity in Castellón and the second one in the Valencian Community. Besides, it is the longest underground navigable river in Europe.

Before the 20th century, important historians such as J. Cavanilles, Sebastián Miñano, or Pascual Madoz had already mentioned the existence of this cavity in their works on geography. The cavity was already visited in the Upper Palaeolithic (17.000 years ago), as it was demonstrated by the archaeological findings and the cave paintings of the Magdalenian period. Besides, the proximity of an Iberian settlement and the finding of the tombstone of Caio Cneo Craso, son of the Roman consul Marco Licinio Craso, also prove that the cave was known and explored in the Iberian and Roman periods.

In the 19th century, the neighbours used to visit “La Font de Sant Josep” (Sant Josep’s spring water) in order to celebrate “La Festa de les Flors” (The Festivity of the Flowers), where courageous people would go deep into de cave. However, the first exploration did not take place until 1902, when they reached “La Boca del Forn” (a narrow path which was the end of the accessible area).

In the next years, the interest on the cave grew and in 1915 Carlos Sarthou Carreres, an historian, carried out a partial exploration. In 1926 a group of neighbours reached “El Lago Diana” (Diana’s Lake), and found “La Galería de los Sifones” (The Gallery of the Siphons). In 1929 Herminio Arroyas Martínez, a resident of la Vall d’Uixó, died while he was trying to go through this gallery. The works to prepare the cave for tourist visits took place between 1936 and 1950, when walkways and a dam were installed. Blast holes were used in order to make some parts of the cave bigger and let the boats in, and “La Boca del Forn” was not the end of the accessible area anymore.

In 1954 a group of speleologists (Centro Excursionista de Valencia) carried out an exploration and in 1958 they drew the first topographical plan of the cave. In 1960 Joaquín Saludes (Centro de Investigaciones y Actividades Subacuáticas de Valencia) went through the Gallery of the Siphons. Then, dynamited was used in 1961, when the “Blue Lake” and the rest of galleries which can be visited today were discovered, including the “Dry Gallery”.

Between 1971 and 1975, speleologists from Castellón and Barcelona discovered new galleries and siphons and reached what is still known as the current end of the cave (2.348 metres), although its real end and the source of water are still unknown. 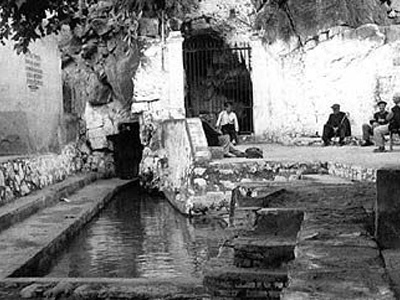 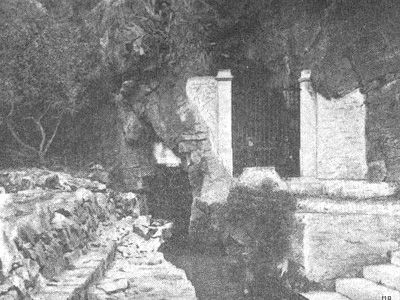 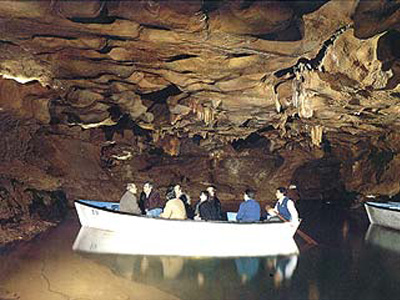 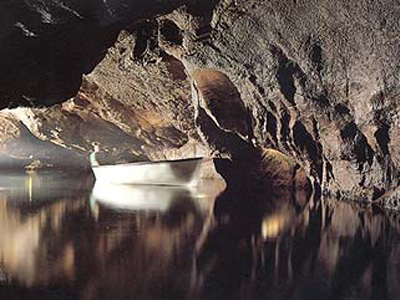 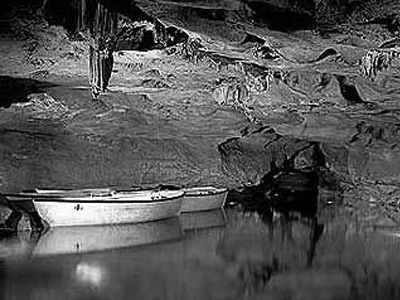 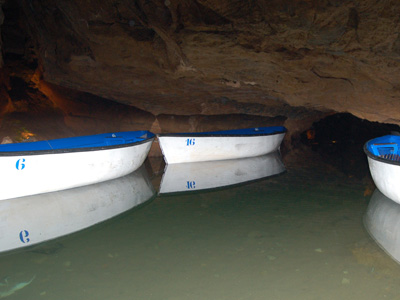 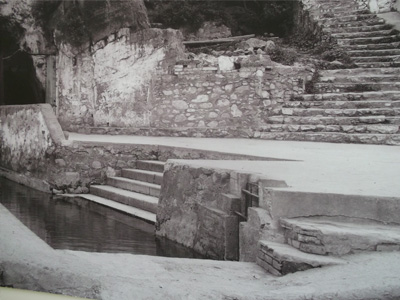 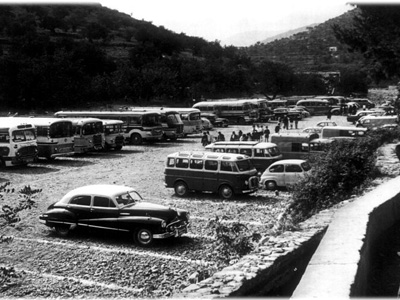 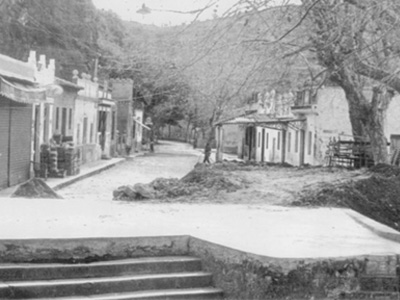 Josep Cavanilles, an 18th century naturalist, stated that: “…Sant Josep’s spring water has been used for watering…and almost at the level of the river Belcaire, there are two communicated caves…where almost a cubic foot of water flows even during the driest seasons of the year…” (Observaciones sobre la Historia Natural, Geografía, Agricultura, Población y Frutos del Reino de Valencia [pags. 115-116 Vol I])

J. Javieres (1936) mentions the existence of a boat and the use of the dam in order to keep the level of the water. Light was also installed in order to adapt the cave for tourist visits.